We left chaing Mai on an overnight train Saturday night 5.00 and got into Bangkok at 7.30am. I do quite like these sleeper trains, you don’t waste your day travelling and you can sleep for most of the duration anyway.
There isn’t much to report on from this journey apart from Leanne can’t use chopsticks! 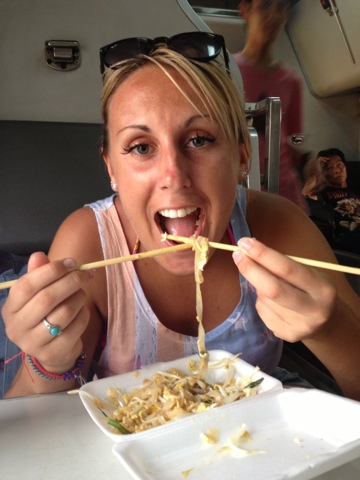 Everytime a Thai train steward walked past we’d say ‘fork?’ do some silly eating gesture. I don’t think any of them actually understood what we were saying and they just laughed and walked on. or they were just pretending and laughing at our sheltered Britishness.
As a regular wagamama goer I can just about use the chopsticks!

oh actually the highlight of the train journey and possibly our travels so far has to be this Thai Waiter who has his hands full with trays of food to had out to passengers. he was a couple seat down from us and we turned to see him standing there with his trousers around his ankles. Helpless and unable to pull them back up he just stood there and smiled. No matter what language or origin its beautiful how we all connect through the same humor. Eventually someone took the trays from him and he pulled them up. Me and leanne were crying in fits of laughter, which resurfaced every single time he walked past.

We had built up a little to do list as we had a day to spare in Bangkok before we got the over night train from Bangkok to Surat thani.
So after our jungle adventure we had another manicure and pedicure and got our eyelashes done. Hands down had to be the best manicure and pedicure I’ve ever had. And together it only cost 250 baht which is about £5, would probably pay about £50 for both back home.
As much as we are taking the travelling life upon us, any girl would find this hard to resist. 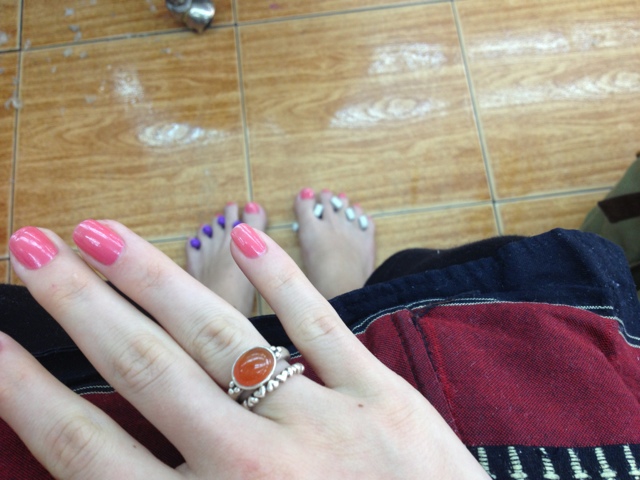 We bought a couple of things from the market and had some drinks on khao san rd with some of Leanne’s friends from back home before heading back to the train station.

11 hours and a little sleep later we got on a bus for a couple of hours.
Saw our first monkeys just hanging off the jeeps as we went. one even was having a can that a guy had passed to him.

Then the boat over to our home for the next 5 days. Koh Phangan. 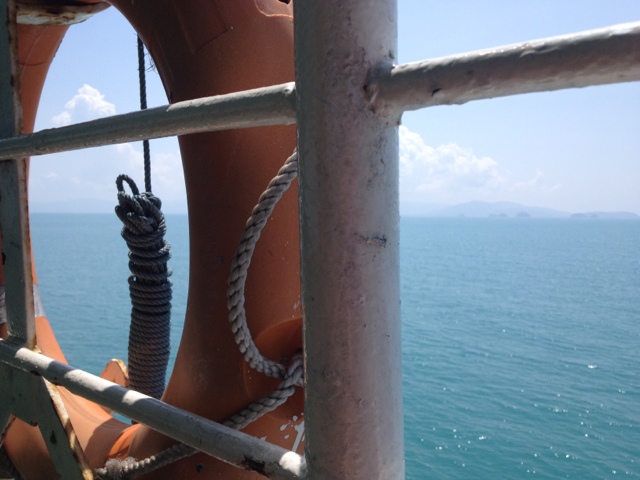 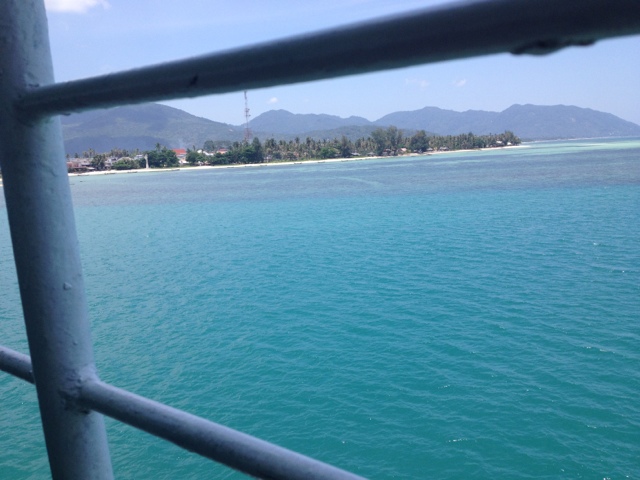 Ive been looking at photos of these islands for years so to actually be here is kind of surreal.
Taxied around on mopeds… 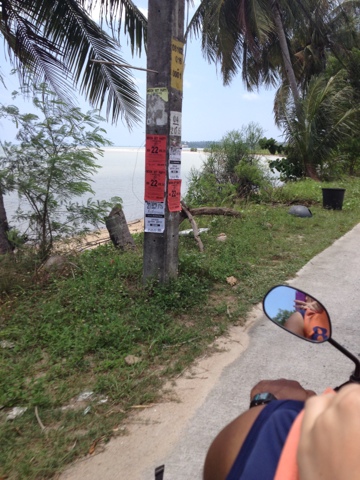 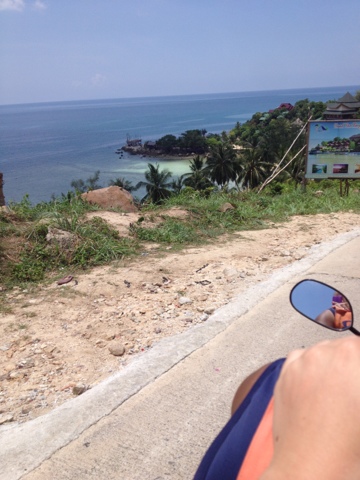 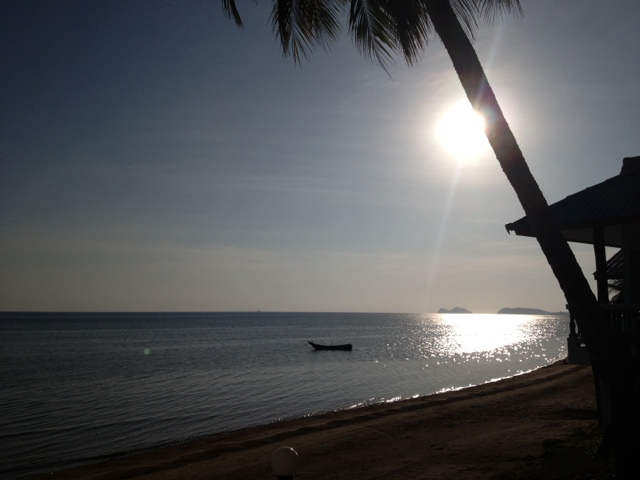 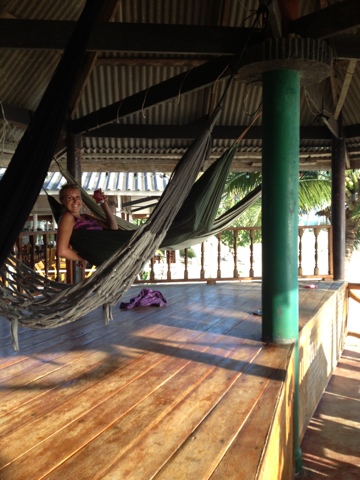 And a well deserved drink and relax… 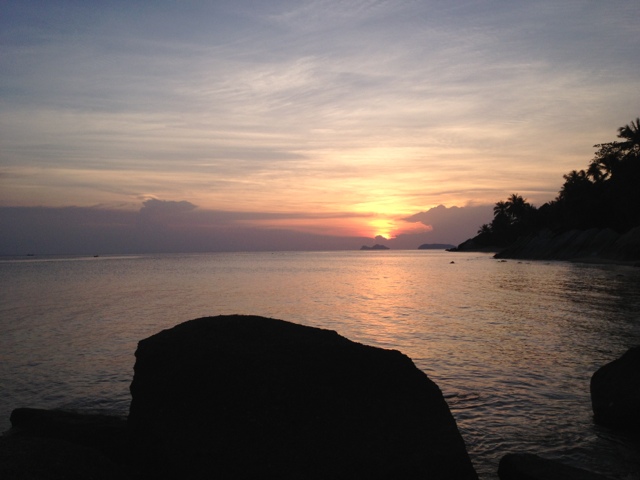 … which didn’t last long.
Leanne had a couple of friends from home that happened to be in Koh Phangan at the same time as us. So we headed over to where they were staying for ‘one drink’.

There are 5 lads cycling from England to Aus for charity which is pretty amazing. Check it out here… Mission OZ.
(They have been going 10 months and were having a two week break as 20 ish of their friends from home had come out to join them and parDDD. Which is EXACTLY what we did) 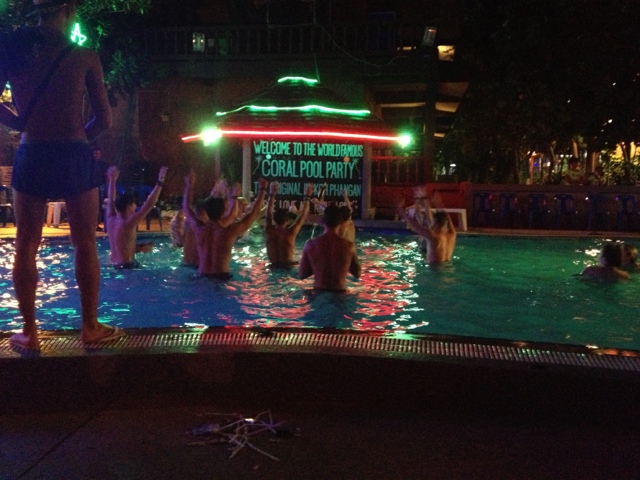 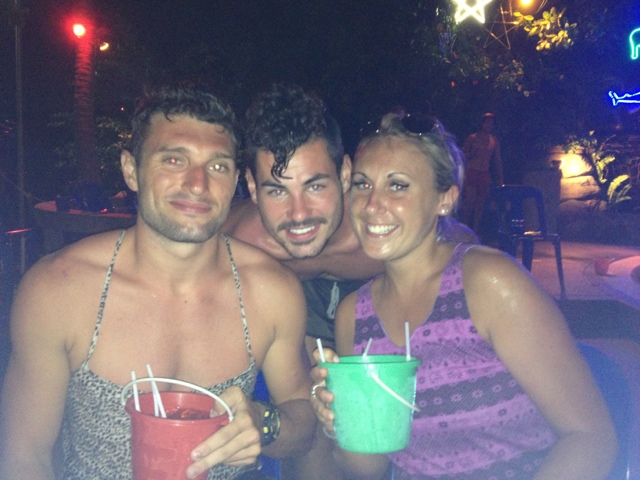 I could think of worse places to nurse a hangover? 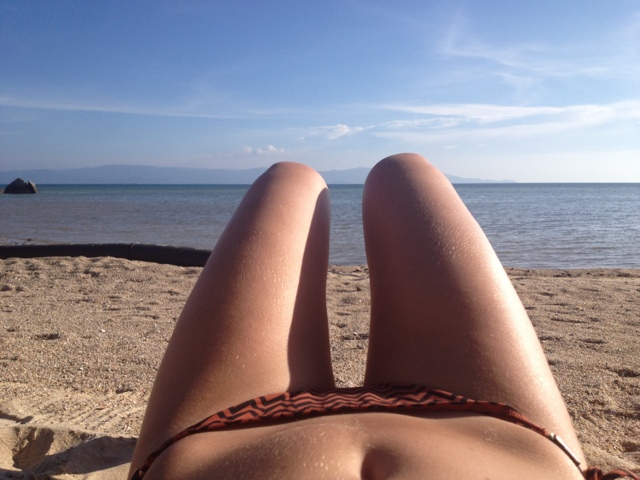 First day on our first Island and it was a crazy one, i have a feeling this is just the beginning.
x
x

An 8-day itinerary through France & Switzerland How to survive long haul flights in Economy class